Nade On The Move

Hi there you! Good to see you again.

Here, I would like to share stories, thoughts, and things I learn along the way. Call it a blog if you would like, but I just want to tell you stories the way I know how.

Have a browse through the contents below and click on what you fancy reading.

(Disclaimer - I proofread my own work, so if you spot a little error here or there, yep it was me and if you could just let me know. Thank you very kindly) 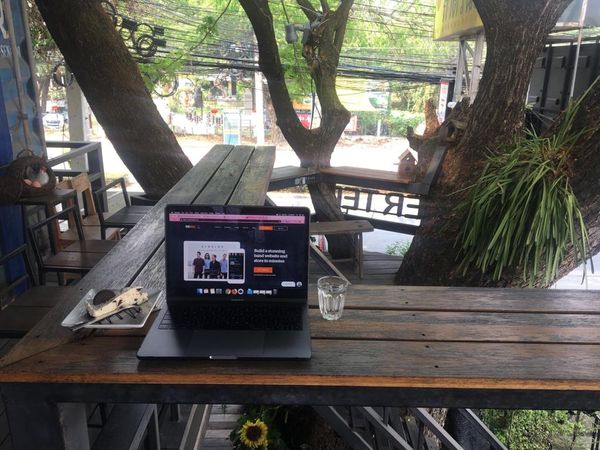 A Remote Job - How Can I Get One? Let's talk about remote jobs! Working from home, Teleworking, Smart working. Whatever you would like to call it.

We might as well get straight to the point. That is why you… 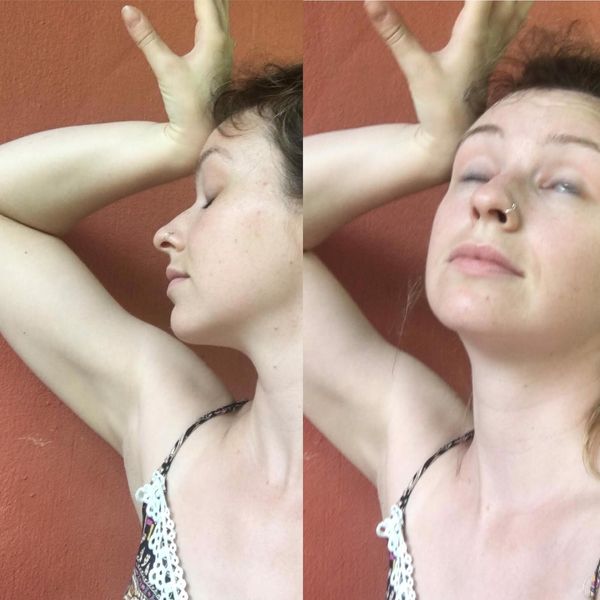 Why I wanted to start.

I chose to set up a website before I started travelling, imagining all the things I would get up to and that I would like to share with you. NadeOnTheMove.com was intended to be… 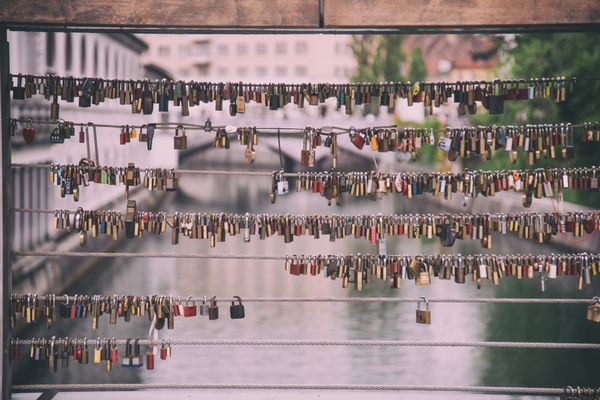 After our first tour through some of Europe's most beautiful counties, we were left with a lasting impression of the wonderful country, Slovenia.

I had never been to Slovenia before and quite frankly, I must… 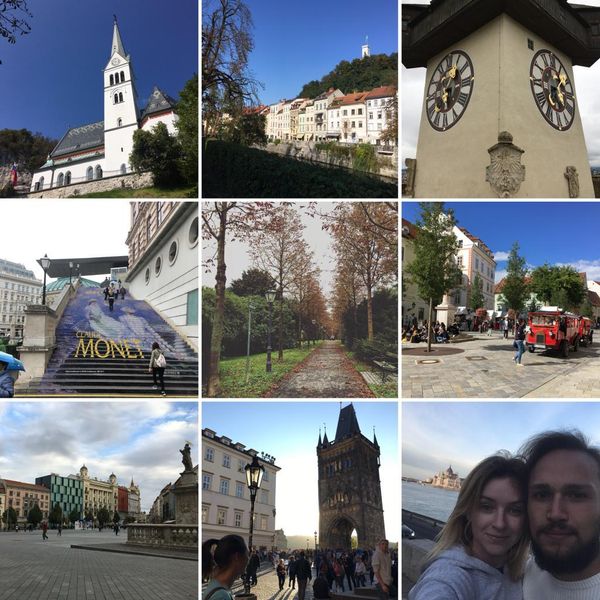 I have always been a bit of a free spirit. Ask anyone that knows me and they will probably say that I don’t stick around in one place too long. I can live somewhere for a while and I'll start… 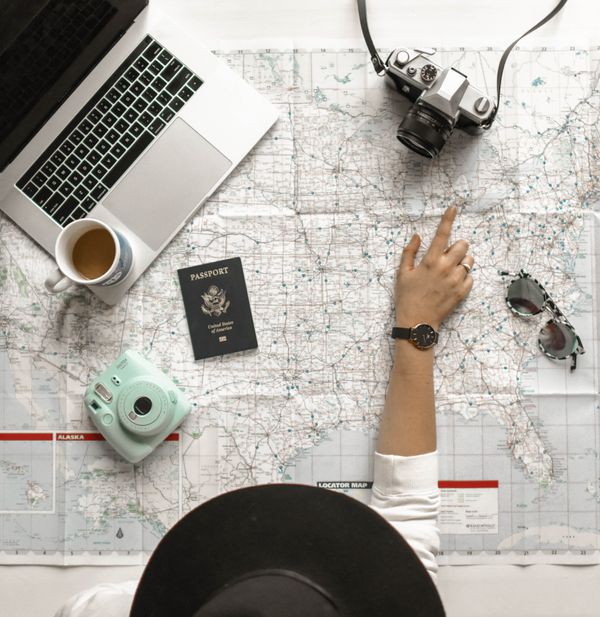 We started off originally with a mini trip, you read about that in Our First Trip As Digital Nomads . For our first trip, we didn’t venture far and we most definitely played it safe visiting… 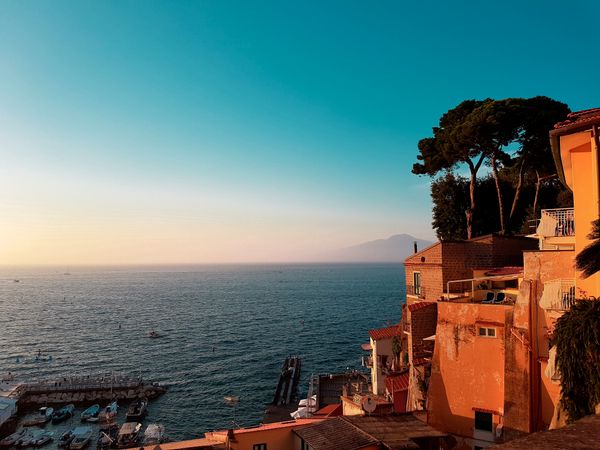 There are many places to visit in Campania and I must admit that I haven’t got round to visiting all of it yet, I am only one person. But, as I only write from experience, I will give you 6… 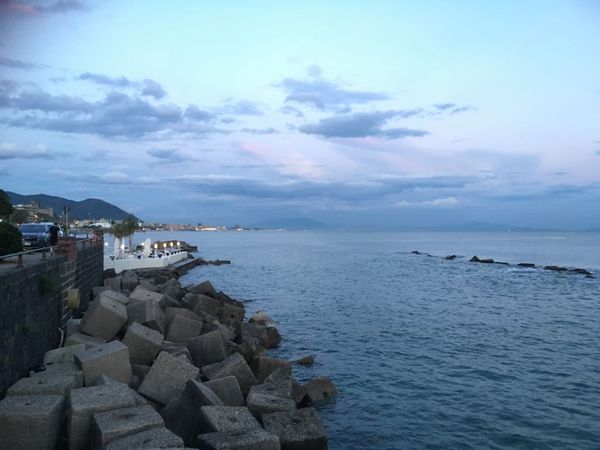 Everyone knows the feeling when their holiday is just around the corner (vacation for you lovely americanos). We have all had those weeks where we have to go out and buy a new bikini, a fancy new… 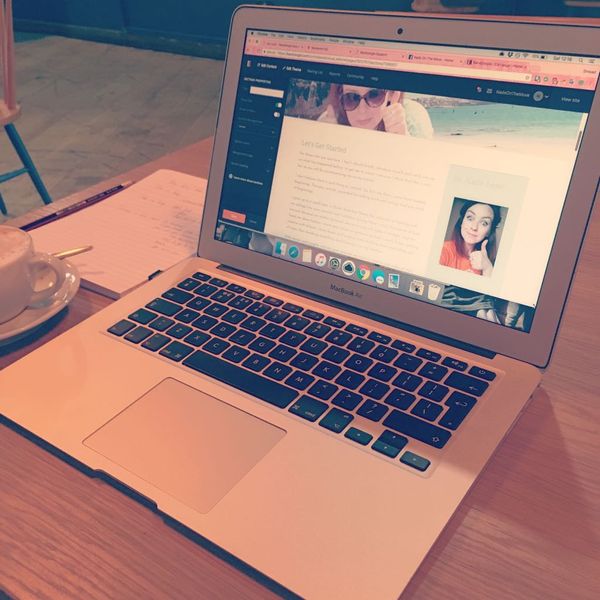 I know I go on about it all the time, but the majority of these bloggers out there that have all those fancy photos, thousands of followers and videos of them looking pretty, whilst they tell you that you can…

Chuck all that crap out that you don’t use and be happy in the presence of the things you need. That feeling which you get every time you ‘Spring clean’ your house. You walk… 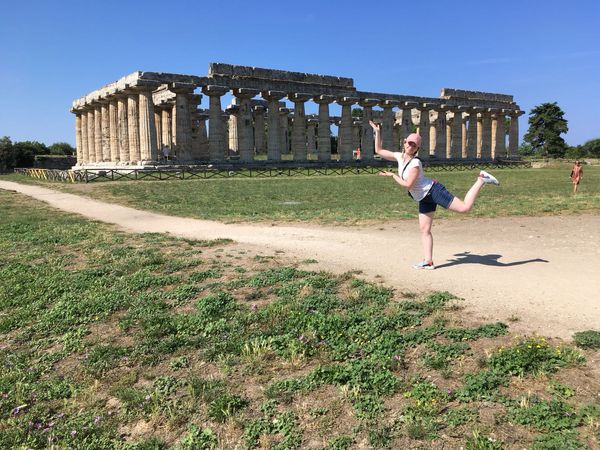 A Way To Location Independence - Own Boss - Nomad - Freedom

Ok, you're probably thinking by the title, "Location Independence - Own Boss - Nomad - Freedom"  that this post deserves quite a few names or I may have… 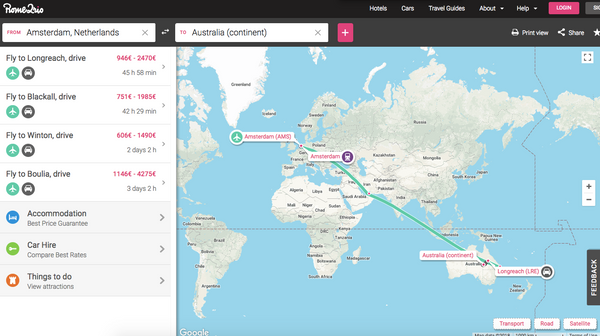 Looking back over my working years, I have really wanted to find real freedom ever since I remember. I have never thought it was right that someone else decides what I… 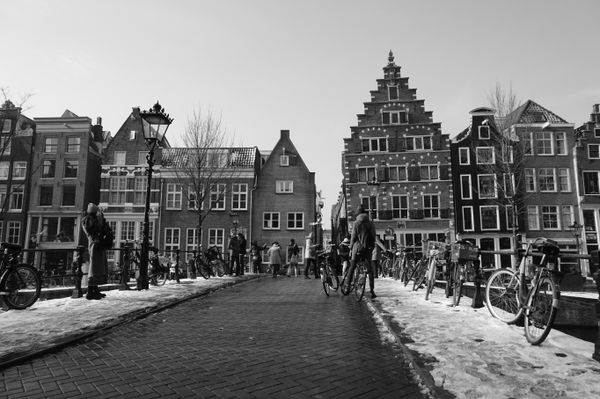 So, during my first year in Amsterdam, I didn’t see much of the city. I wasn’t social and I definitely let how my job made me feel effect my home life. Leaving work and forgetting about it to go and… 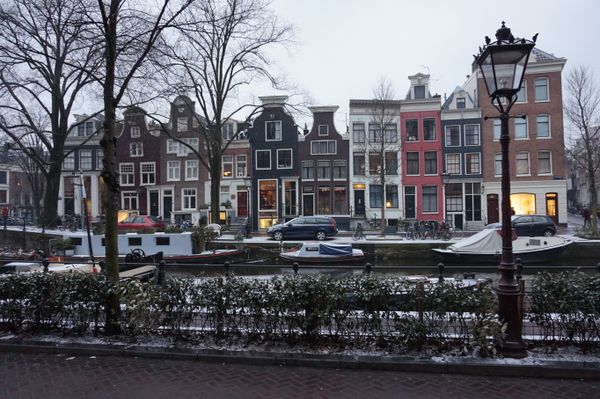 The Amsterdam City Swim really was an experience of a lifetime and seeing Amsterdam from the water, at that angle, was to see Amsterdam in a different light. Walking or biking around the city you will see the beautiful architecture close up and maybe get an eye full of some naked Dutch people occasionally because for some reason they don’t use curtains, rarely close their blinds and, to be honest, they really don’t care if anyone is looking in.

When we found our first semi-permanent apartment to tide us over whilst we found something just right because the housing market in Amsterdam is insane (I’ll get into that at a later date.) We moved on to a street called Ferdinand Bolstraat in the very sought after location of De Pijp. For reasons beyond me, everyone wants to live there. Those three months were enough for me!

It was my first experience of the Dutch not using curtains and seeing it all. A lot of the buildings in the city, if not looking on to a canal, look on to the opposite building, with windows which look like Polaroid picture frames, that frame the lives of those which live there. It can be quite interesting to watch and I do love a good people watching session. There was a lady who opened her window fully every morning, on the 3rd floor, swung her legs out over the edge, crossed them and smoked a cigarette as she watched people pass by.

Usually, I would see a couple cooking whilst their child was throwing a ball or something small and green at them. See, what did I tell you, pure entertainment this! The girl who we were living with said she had seen a woman on the top floor bring a fair few men home and showed them a good time. I cannot report to you on that, I wasn’t a witness, thankfully.

I knew from this feeling that we had to overlook the canals or something, I couldn’t live there feeling trapped. Living in De Pijp isn’t for everyone, it is only that everyone thinks that they want to live there. It is in an awesome location. I would say it would take you about 15 minutes to walk up into the centre but if you want to go to the station I recommend jumping on a tram or, by this point, if you have a bike, go everywhere on that.

What made things worse for me was that it was always full of tourists! (I know, why am I complaining when I should know tourists would be in the centre of Amsterdam) but, when you are aiming to become a local and settling down into the life of a local, hearing people shouting and singing at 5 am even on weekdays just isn’t for me. Thank god our bedroom was on the back! Phew! I have even gotten up to go to work and those partying from the night before are wandering aimlessly on “Drunken GSP mode that always gets you home” 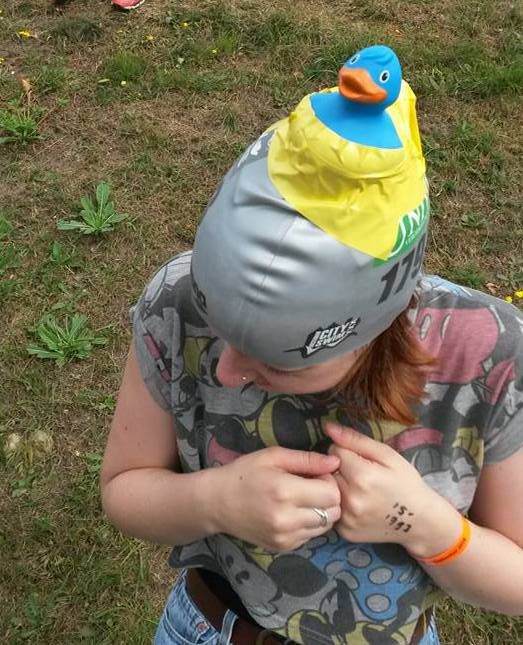 Moving To Amsterdam Without A Plan

Unlike when I moved to Italy, I went to Amsterdam without a plan and a very badly packed suitcase. It was, after all, a rash decision. I didn’t know much about Holland or… 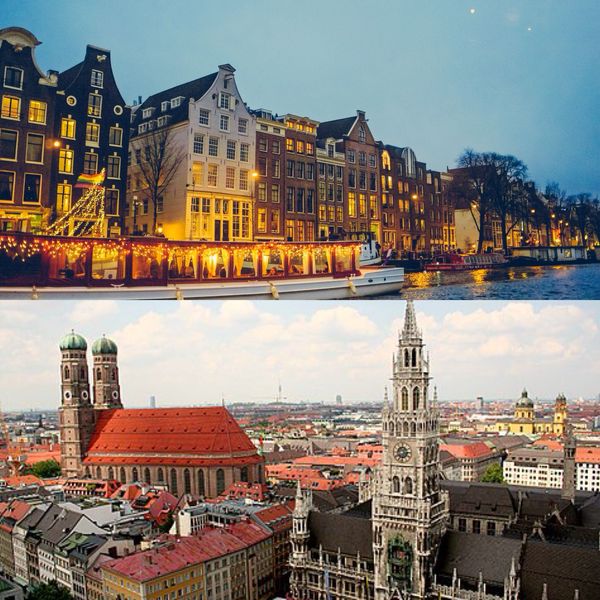 (inserting an advert for him and his website here it is www.peppeuprooted.com, if… 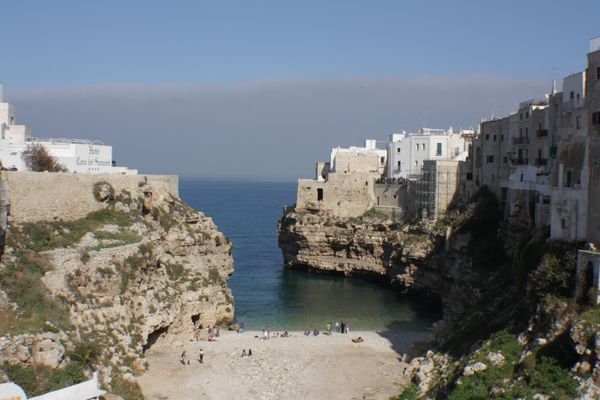 Let's jump right into 5 great places to visit in Puglia!

I intend to show a few places I have been travelling around in this wonderful part of Italy. It is really… 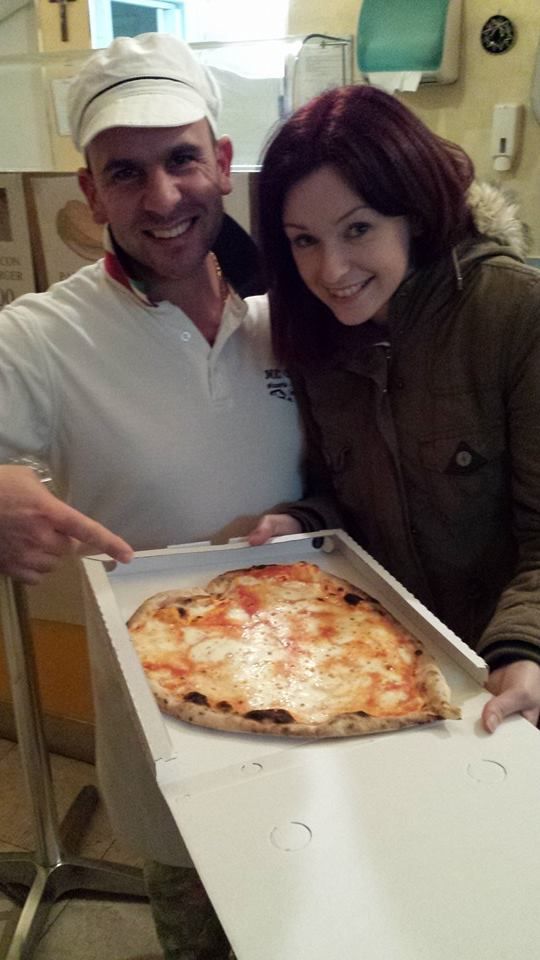 I couldn't fit living in Italy into only one part now, could I?

Well, I studied Spanish at school for 5 years and I think that I could manage to tell… 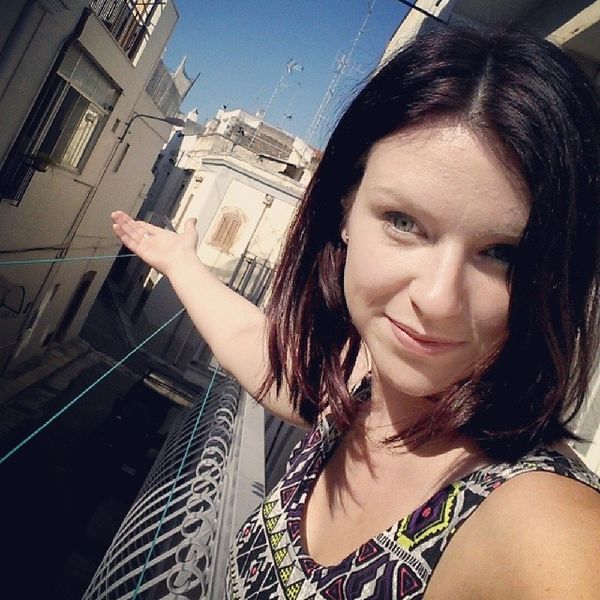 Living In Italy - Part One

What was Living in Italy like? Let's jump right in!

Like most people, in the days leading up to my departure, the anxiety grew. I would be living in Italy for one… 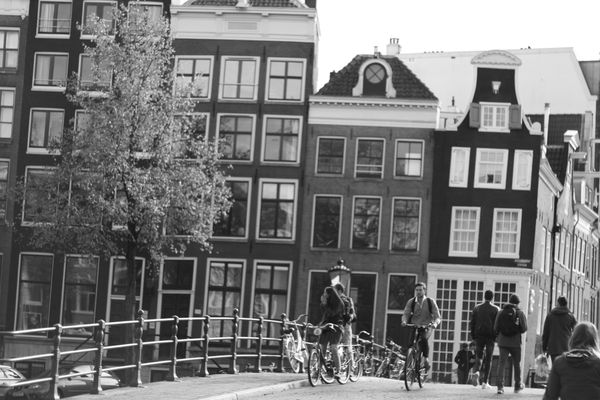 Giuseppe and I decided that our first adventure together, and the first time we would officially live together, would be in the iconic city of Amsterdam in The Netherlands. This city is famous for its canals,… 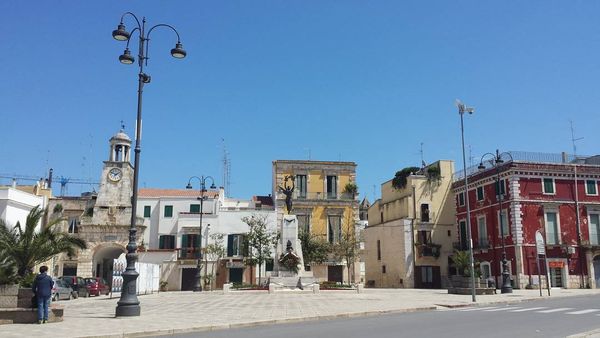 I have always been a love bug, caught up in long relationships, thinking they will turn into those Disney 'happy ever afters' that my best friend and I used to watch. I imagined them turning into a movie… 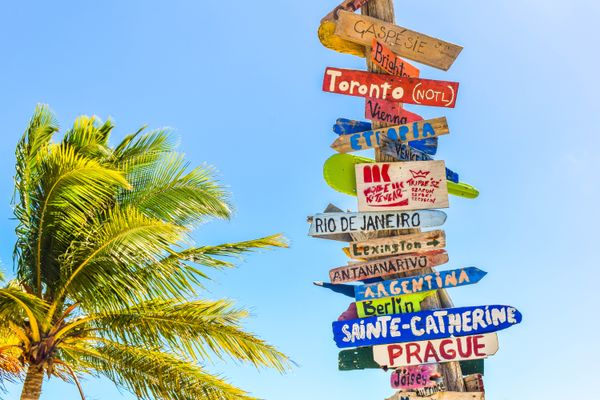 Back To Early Memories

I’ll take you back to the early memories to give you an insight into my early adventure and get you all caught up. I remember every day we went to school, my dad had to…

“If tha wants summart dun reyt do it thi sen”

“Fantasy is an exercise bicycle for the mind. It might not take you anywhere, but it tones up the muscles that can”