Today was a first for me. For the first time, I witnessed ancient Greek ruins. Admittedly, I have never been to Greece, so that doesn't help. But, there was something so indescribable about the atmosphere. 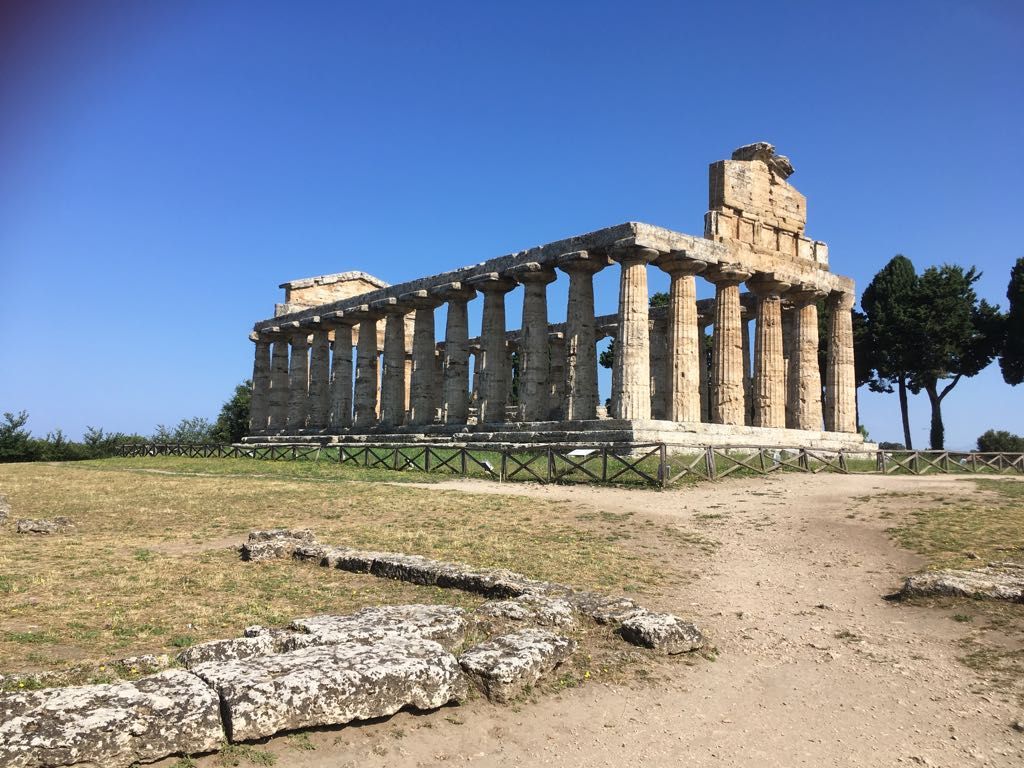 The old city is known, but only by a few which allows you to visit it without hoards of tourists ruining the atmosphere. There is a silence to this place that allows your imagination to run wild.

How did they live?

This city is so well preserved, you can see the remains of the roads and the houses so clearly. You can see it as if it were a 3D map bringing the past back to life. Walking through gaps in the walls, up the old steps and crossing the cobbled roads, you can get a feel of how advanced the ancient Greeks were. 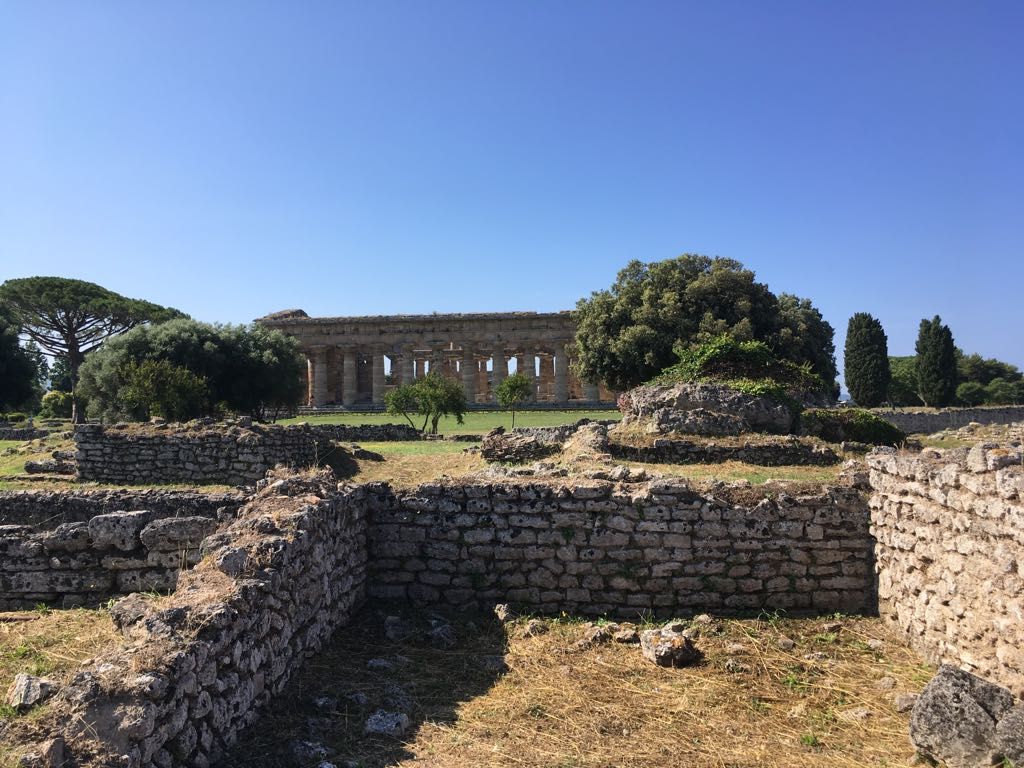 Paestum is said to have been built around 450 to 600 BC and if you keep this in mind when you are there, you will be shocked at the craftsmanship of the walls and pillars. You just don't see architecture so pure anymore. Some of the structures are built so well, they are almost completely intact! 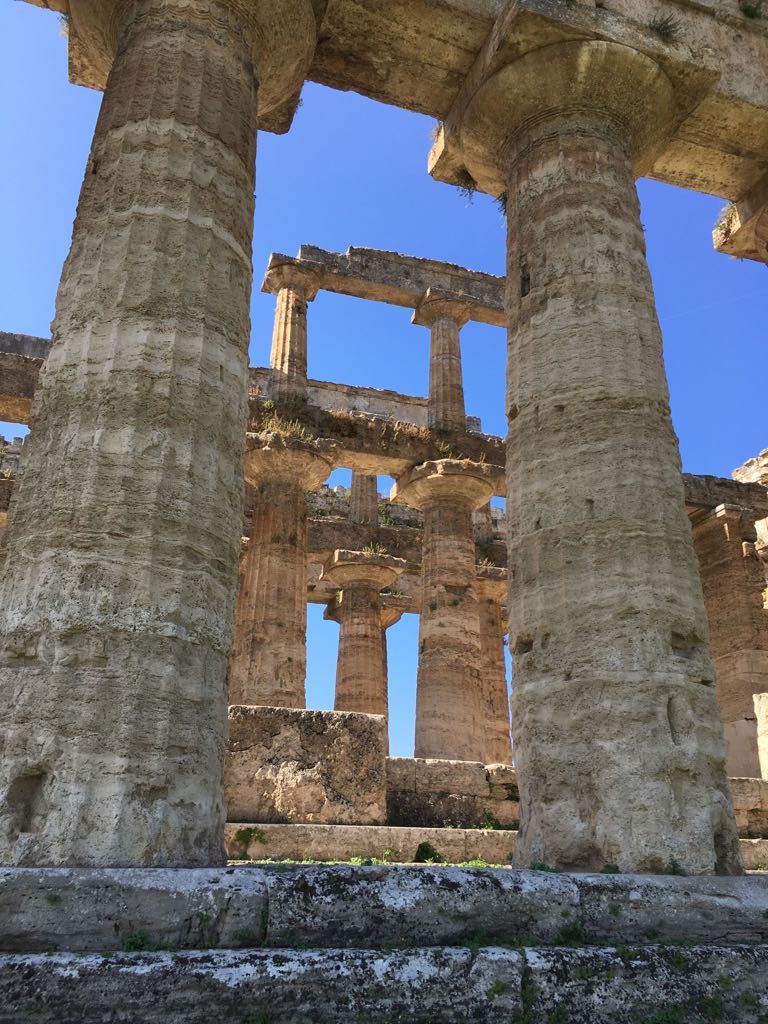 From this picture, you just can't see the sheer size of these pillars, you have to go an experience them for yourself.

Now, once the Greeks had done all the hard work of building it and making it look all nice and 'Greeky', they were later conquered first by the Lucians which were from what is now Southern Italy. (Obviously, after all the hard work was done by the Greeks. Bloody lazy conquerers). They kept it for a while and then they suffered the wrath of the famous Romans, who then went on to name it as if they had made it. They went on to name it as Pesto or Paestum. 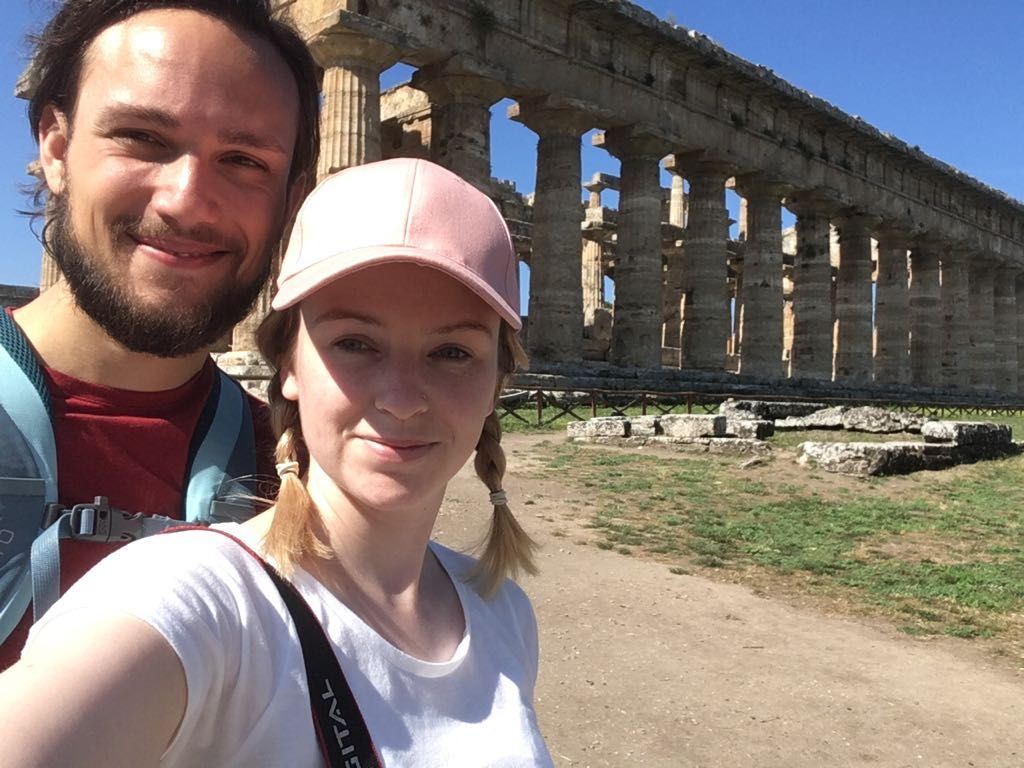 There we are conquering the city for ourselves!

There are three main temples and the second temple of Hera is the one that is the most preserved. Walking into it was overwhelming. It is enormous and I felt like I had just walked into the remake of my childhood film 'Jason and the Argonauts' - Side note - Yes, I did try to re-enact the scenes which gave Giuseppe no amusement.

All the temples are just amazing, but Hera II really is spectacular! It also takes the name of the Temple of Neptune. If you look very closely at the picture below, you can see a tiny little person in the bottom left, to show you just how big these structures really are! 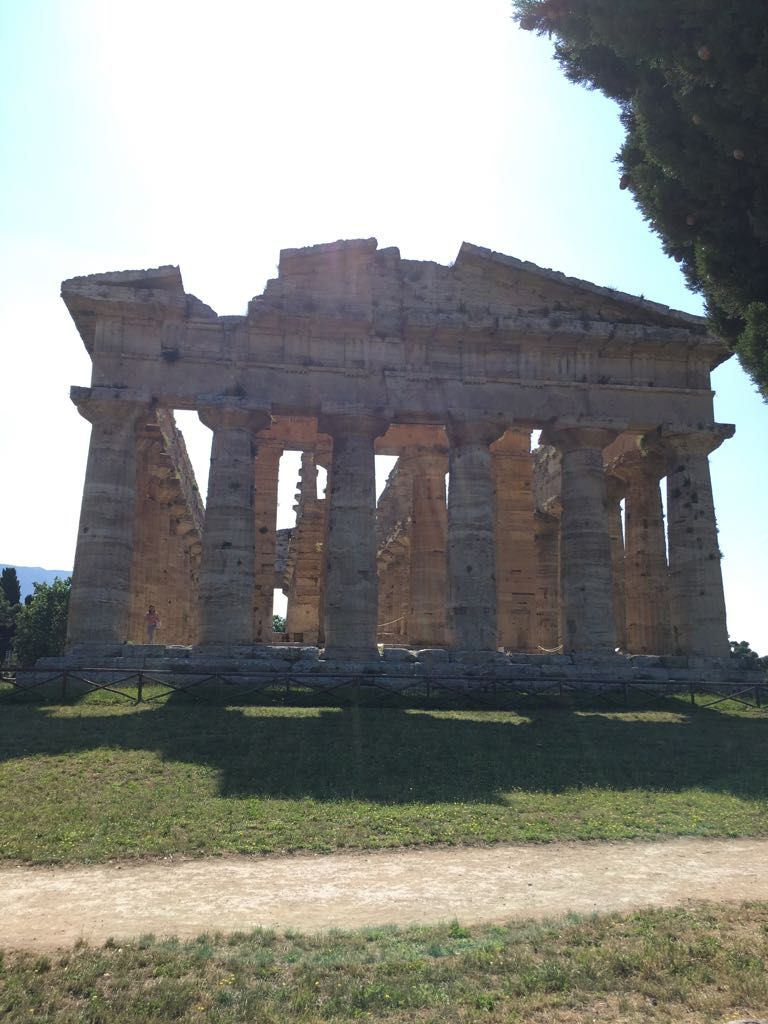 I had an awesome day in the beautiful ancient city and I am so happy and grateful I got the opportunity to experience it.

The sun was really beating down on us and it was hard with the heat because apart from a couple of trees, there is hardly any shade when walking through the ruins. So, pack your sun cream and I would suggest wearing a hat! 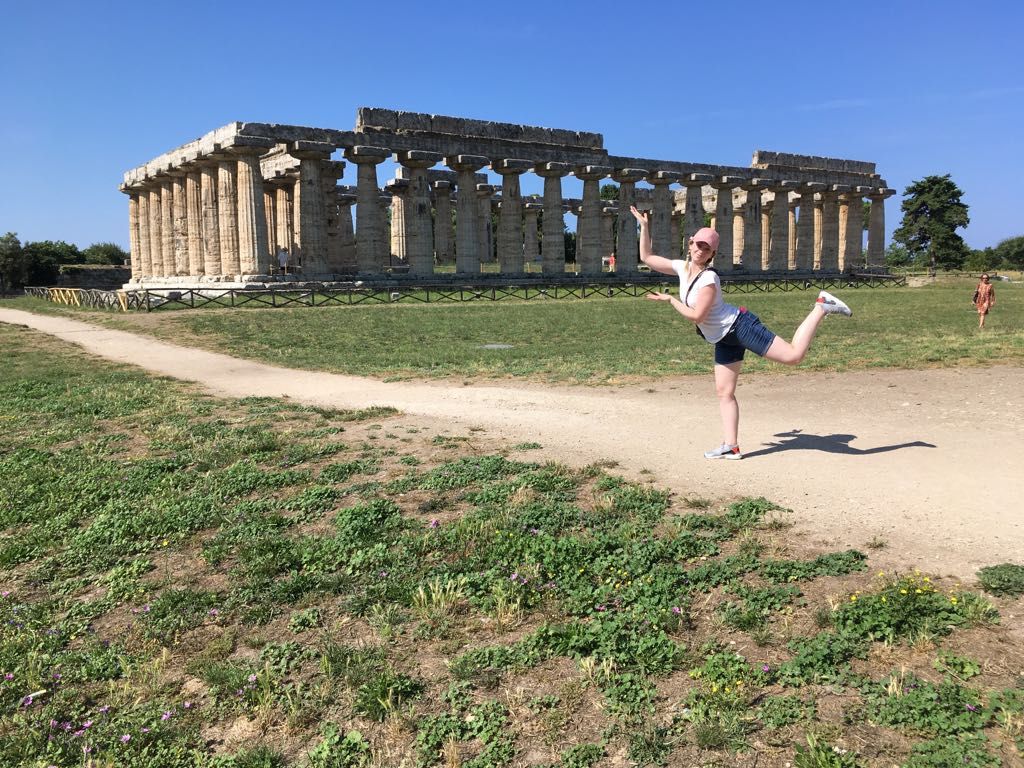 There is much more to the story, but you need to go to find out. I can't travel around and do all the work for you. You could stay in Salerno, which is nearby and just pop over on a short train ride.

Hope you enjoyed my mini-adventure.

See you next time!